CeBIT is one of the biggest ICT fairs in Germany. In March 2017, mySMARTLife was presented at CeBIT within the common booth “Smart City Innovations”, together with the European funded projects reTHINK, Grow Smarter and Smarter Together. The three EU H2020 funded Smart City lighthouse projects with German lighthouse cities Hamburg (mySMARTLife), Cologne (Grow Smarter) and Munich (Smarter Together), and the H2020 project reTHINK were jointly presenting their innovation potential in topics involving mobility, energy and citizen participation, encompassed by a new disruptive communication infrastructure.

In December 2016, the projects started to cooperate and merge their current status on an integrated Smart City application. The reTHINK concepts were used and detailed in various sessions with city and citizen requirements of the project area of Smarter Together. Since T-Labs is, apart from reTHINK, also project partner of the EU H2020 Smart City Lighthouse project mySMARTLife, the three projects wanted to show their results together at CeBIT 2017. The EU H2020 Smart City Lighthouse project Grow Smarter did also show interest. All four projects were part of the d!conomy Tour.

During the exhibition, around 20 people per day visited the booth, mostly experts either from other cities or research domains. As a result, Smarter Together, mySMARTLife and the companies Quobis, Eurescom and Deutsche Telekom joined forces to participate in the current EIT programme on Smart Cities to further explore the concept of an integrated Smart City app towards a prototype to be used in Munich and Hamburg. 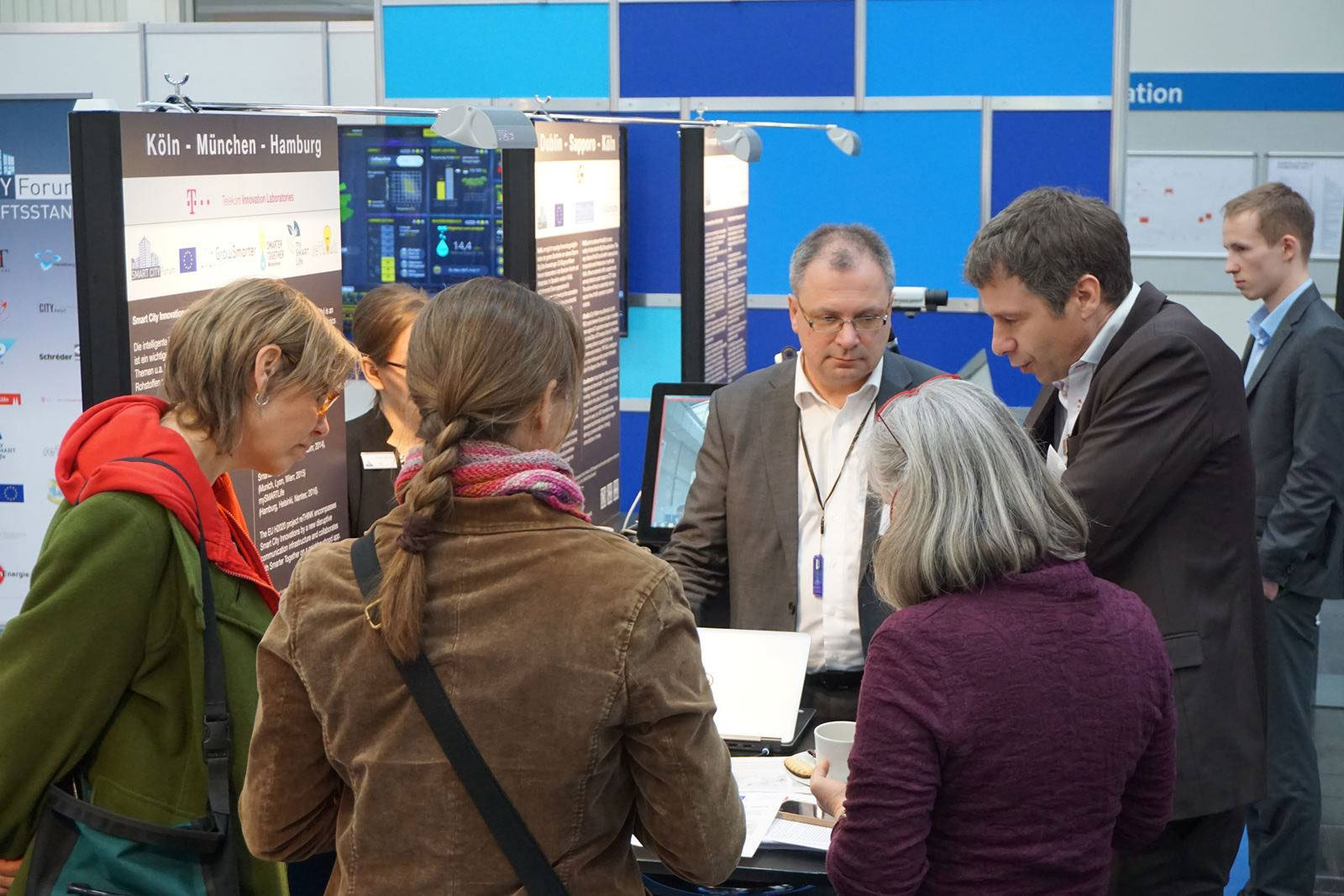 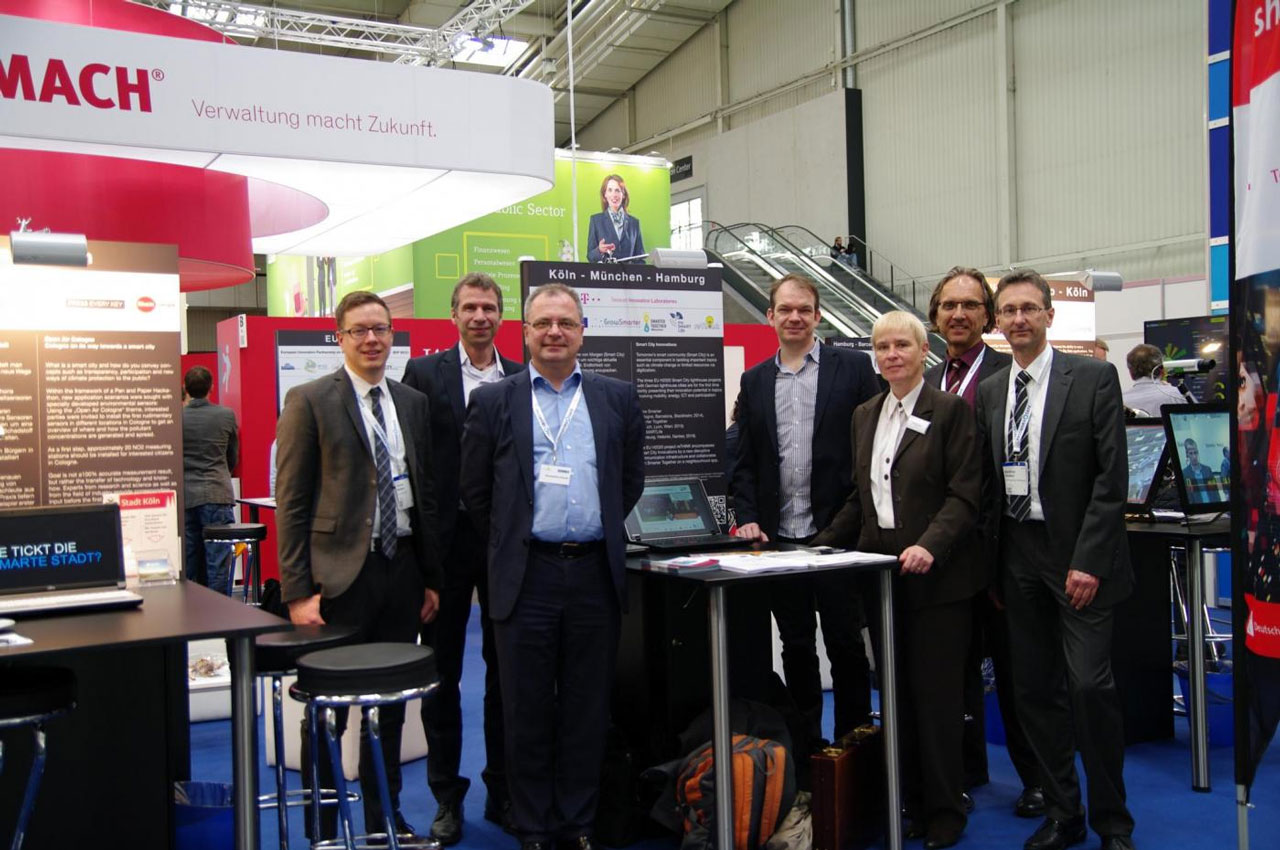