This week, Hamburg University of Applied Sciences (HAW Hamburg) did publish an interview with Simon Decher, researcher at the Competence Center for Renewable Energies and Energy Efficiency (CC4E), who is responsible for our EU-funded project. In the following, you will find a translation of the German interview.


Mr. Decher, what role does CC4E of HAW Hamburg play in the mySMARTLife project?

HAW Hamburg is responsible for a total of seven sub-projects in the fields of mobility and energy in the Hamburg's Borough of Bergedorf. One of these projects, which is being carried out jointly with Gasnetz Hamburg and Enercity, is the use of hydrogen to heat a residential area. The supply of the new electric buses of the Hamburg-Holstein public transport company (VHH) with wind power from the Curslack research wind farm and the development of a charging management system for the electric car of CC4E to maximise the serviceability of the grid will also be realised.

In addition to the implementation of these sub-projects, HAW Hamburg supports the mySMARTLife project primarily through scientific investigations and evaluations in numerous other sub-projects. Due to the strong networking and the work in further projects in the field of renewable energies, which are located at CC4E, HAW Hamburg also brings a view beyond the project to the Borough of Bergedorf, Hamburg, and Germany.

At what point is the project in Bergedorf currently located and what are the next milestones?

We will complete the implementation of the sub-projects at the end of November 2019. The project then enters the monitoring phase. This means that the use and implementation of the various sub-projects will be measured for two years. In the case of hydrogen, for example, this could be the amount of heat generated and the amount of hydrogen consumed. In the case of the e-car, the aim is to compare how the postponement of the charging point affects the proportion of renewable energies used or the electricity purchase price. By evaluating our work over two years, we aim to make further adjustments and improvements.

By the way, the data will be made publicly accessible on the Urban Data Platform of the City of Hamburg.

What potential do you see for the Borough of Bergedorf but also for Hamburg as a whole?

Bergedorf is a major consumer of electricity and heat. Above all, the required electricity is supplied from the surrounding area. However, in the future it will also be increasingly used to generate heat. One possibility is to use the surplus electricity for the production of hydrogen. However, it is important that the consumer side gets prepared for these new energy sources. Bergedorf's heat network and nearby wind farms provide suitable conditions for testing these new energy sources and gaining insights and recommendations for their future implementation.

The Borough of Bergedorf, with its 130,000 inhabitants, can provide an example of how mobility and transport, but also electricity and heat supply, can be successively adapted to renewable energies and their use. In Bergedorf, as in many other cities, obstacles often lie in energy and mobility concepts that do not seem attractive enough for companies to invest in.

The findings and efforts being made in Bergedorf can serve as a blueprint for the City of Hamburg. What can be implemented in this district can also work throughout Hamburg. And what we learn in Bergedorf, we don't have to learn again for the whole of Hamburg.

What have been the biggest challenges for you in your participation in the project so far?

One challenge is not to get lost in the small-scale nature of the projects, but to keep an eye on the big picture. In this project, we want to advance the energy revolution and develop sustainable solutions. This vision sometimes threatens to disappear in the course of day-to-day project work, so that you have to remember it again and again.

What parallels and differences do you see with the other two Lighthouse Cities Helsinki and Nantes?

The challenges in all three cities are similar: The problem of the sluggish energetic refurbishment of buildings also occupies the team colleagues in Nantes and Helsinki. The electrification of public transport also plays an important role. The great challenge of supplying urban agglomerations with electricity and heat without fossil fuels affects all major cities in Europe.

One difference between the three cities is the focus on the mySMARTLife project. Nantes and Helsinki are much smaller than Hamburg, but I was still impressed by the importance of the project there.

Mr. Decher, thank you for the interview!

The interview was conducted by Elvira Hinz, public relations officer of CC4E.

The Competence Center for Renewable Energies and Energy Efficiency (CC4E) is a cross-faculty scientific institution of HAW Hamburg that deals with the present and future challenges of the energy system transformation in an interdisciplinary manner. CC4E thus makes a sustainable contribution to effective climate and environmental protection. An important task is the intensive exchange with society about the future changes within the framework of tomorrow's energy supply and thus to inspire enthusiasm for the energy system transformation through the contents and results of our projects. The infrastructure and know-how that is built up within the framework of our research projects also leads to an application-oriented transfer of relevant knowledge on technological, energy policy and economic issues in the teaching of HAW Hamburg. The core competences lie in the areas of wind energy, storage, system integration, sector coupling, environment and acceptance as well as the relevant innovation management.

You can read the German interview here. 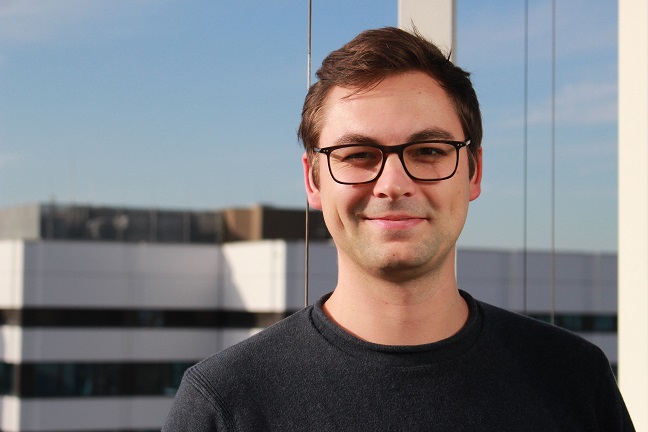