A self-driving electric minibus supplied by the French company NAVYA to the Helsinki RobobusLine welcomed its first passengers on board on May 14, 2018. The newly launched Robobus services the roads in the Kivikko district of Helsinki as part of mySMARTLife. The project paves the way for a regular automated bus service in Helsinki planned to start in three years’ time.

The Helsinki RobobusLine’s minibus will operate for six months over the summer and fall of 2018. It complements the network of Helsinki's metropolitan public transport authority Helsinki Region Transport (HSL) with line number 94R (R for Robot). Through integration to the journey planner of HSL, the automated minibus follows fixed schedules and runs between 9am and 3pm on weekdays carrying passengers from a stop of a regular Helsinki bus line to Kivikko Sports Park. The top speed on the route is 18 km/h. Initially there will be an operator on board.

“The Helsinki RobobusLine project studies the long-term usability and the maturity of the automated minibus technology in real traffic conditions and as part of public transit services,” says the Helsinki RobobusLine project leader Eetu Rutanen of Metropolia University of Applied Sciences, which operates the bus and conducts the project with support from the City of Helsinki and the European Union in the context of mySMARTLife.

“One of the main goals of the project is to provide an innovation platform for enterprises to produce a consortium who can develop automated bus operation into a commercially viable option for Helsinki Region Transport in the last-mile service – taking riders from a public transit station to stops near their homes and offices,” Rutanen continues.

Typically the last-mile routes cannot be operated viably with conventional buses but could become commercially feasible with driverless buses. Therefore, Metropolia University of Applied Sciences also studies the use behaviour when it comes to the choice between either public transit or taking the private car for the last mile.

The Helsinki RobobusLine project is one of the smart mobility projects in Helsinki designed to reduce carbon dioxide emissions from transportation with electric vehicles and increased use of sustainable public transportation. The City of Helsinki has announced a plan to become carbon neutral by 2035. Helsinki Region Transport plans to give up fossil fuels by 2021.

See a video on the preparation of Robobus for traffic (bus coating design and video by Atte Linna): https://spark.adobe.com/video/VL2JZrvZdI1tk 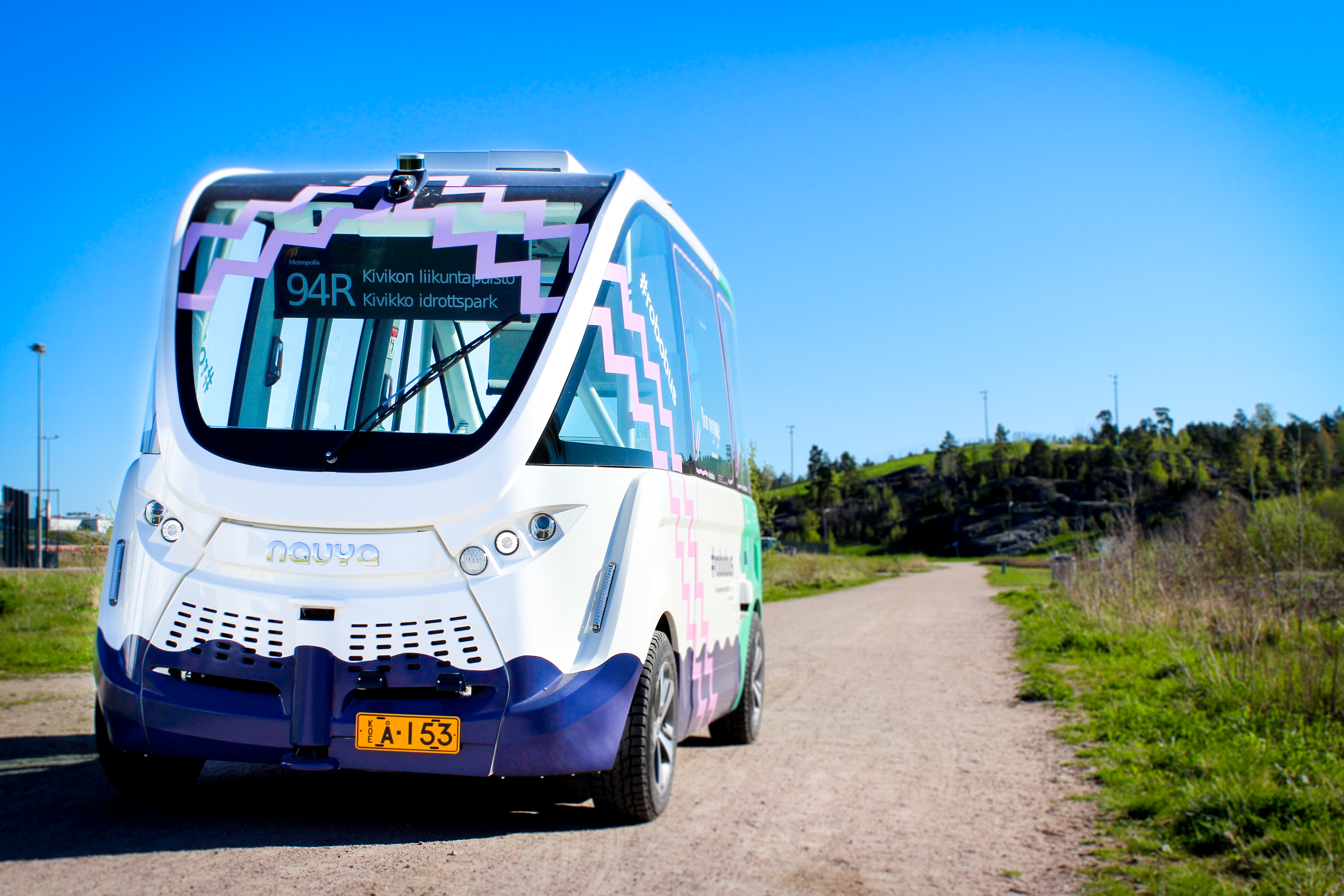