mySMARTLife partners Nantes Metropole and Enedis have contributed to "The Innovation Campus Day" in Nantes on 6th and 7th November 2018, an event series organised by the University of Nantes to promote entrepreneurship amongst students. This year’s edition focused on the energy transition.

About one hundred students from different faculties of the University of Nantes participated in the event to learn more about renewable energy and actively contribute to the energy future in their city by elaborating innovative solutions. Seven regional organisations, among them mySMARTLife partners Nantes Metropole and Enedis, proposed different topics for working groups. The students had the opportunity to present their ideas in pitch presentations in front of a jury.

While Enedis had raised the question of how to represent the adequacy between energy production and consumption for an individual, Nantes Metropole has hosted the topic of collective solar energy self-consumption. According to the company “InSunWeTrust”, 89% of building roofs in Nantes are eligible for economically sustainable solar projects, however, only few roofs are covered with solar panels. Questions asked were how to make citizens aware of solar energy production and how to create a dynamic to initiate solar projects at district level. Two groups of students worked on these subjects and elaborated two interesting proposals focused on a collective approach:

The first one is “Qualogie”, a collective financing mechanism. The idea is to create a community of people or organisations, likely to embark on a photovoltaic project. Qualogie proposes a virtuous circle of savings: promoting energy-saving actions to reduce one’s energy bill. Part of the savings thus made is siphoned off into a "common pot". As soon as a solar project of one of the participants is feasible, it can be financed by this common pot. The project generates savings, part of which goes directly to Qualogie.

The second proposal is “Light Club Production”: The owners of a multi-owner building are supported in the financing of a collective energy transition and other ecological projects - starting with good practices to save energy & money.

Thanks to this event, the students quickly learned and understood the challenges of the energy transition going beyond a purely technological aspect. 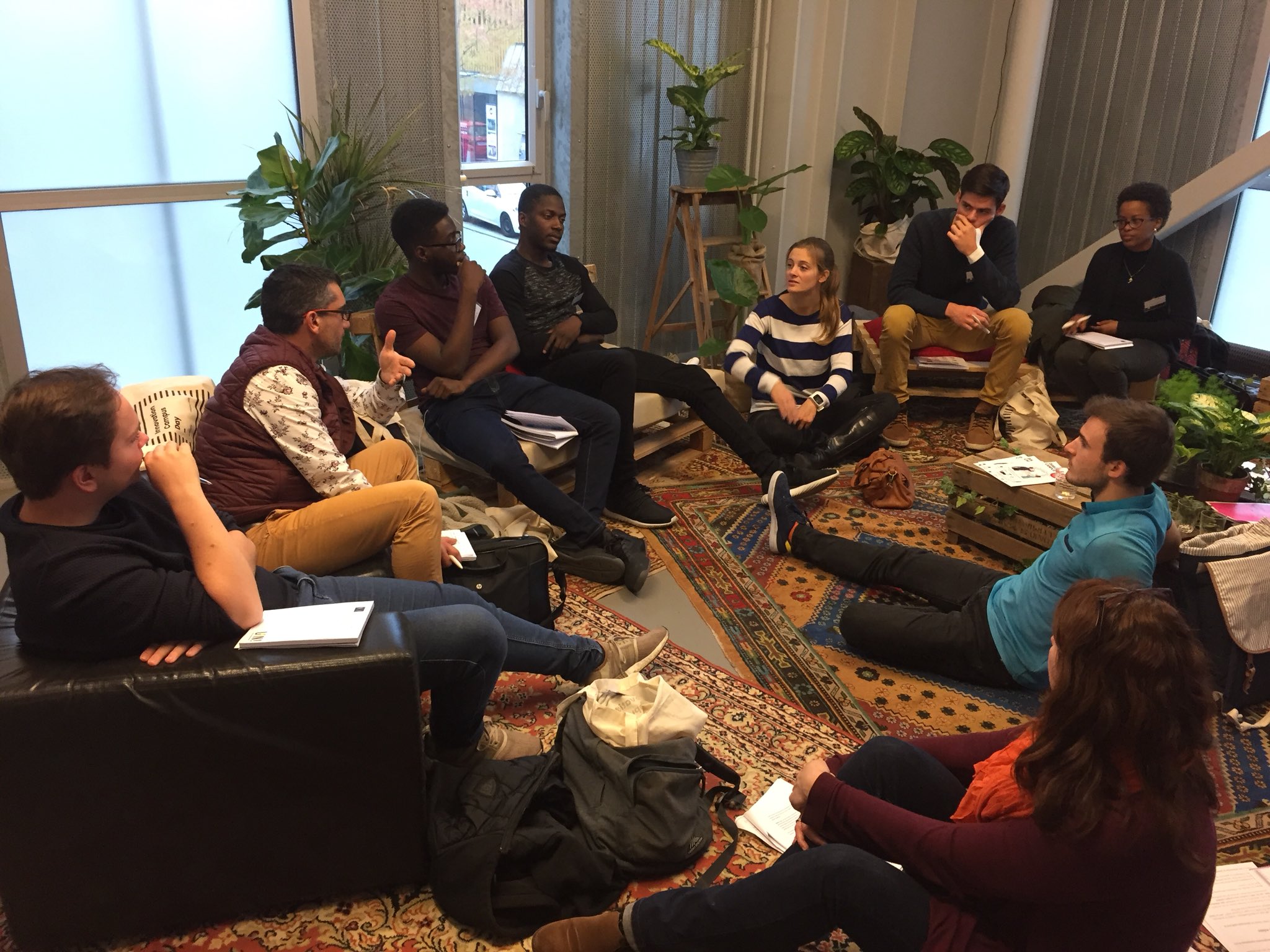