The City of Oulu, fresh Lighthouse City of the Making-CITY project, hosted a gathering of Finnish Lighthouse project cities from 19-20 August 2019. All of the Lighthouse and Fellow Cities from Finland were present: Vaasa (Iris), Tampere (Stardust), Kerava (MatchUp) and our LHC Helsinki.

The meeting was part of an ongoing dialogue between the Finnish Lighthouse Cities and aimed at discussing interesting themes (e.g. the linkage between project goals and city strategies) and getting to know each other’s projects. And there is even more that these cities have in common: Most of them have adopted the goal of achieving carbon neutrality (Tampere in 2030, Helsinki and Vaasa in 2035, and Oulu in 2040)!

Replication was another central topic of discussion. As a Follower City of Iris, Vaasa has taken a very active stance on improving the replication strategies and methods within the Lighthouse projects: The city aims at making information about innovations and pilots easier to access for replication. In addition, a plan to organise a joint replication workshop on the themes of district heat and electro-mobility was put forward by Tampere. So stay tuned for more information on it during the Tampere Smart City Week on 29 January 2020.

During the meeting, the participants did also visit the Making-CITY demo site of Kaukovainio. Here, they have learnt more about the municipal housing provider Sivakka’s retrofitting and new construction projects. Making-CITY also pays heed to lessons learnt of previous innovation projects: The innovative building energy solutions are designed in close collaboration with the energy company Oulun Energia. This ensures that the projects also contribute to system level energy savings.

Moreover, the participants learnt a lot about Caverion’s (before acquisition, Jetitek Oy) CO2 refrigerant based industrial freezing system in the Kaukovainio grocery shop Arina. Apart from using an environmentally friendly refrigerant, the excess heat from the cooling appliances is used to warm up the shop. During the project duration, the extra heat will also be fed to the local district heat network.

Many thanks for your hospitality, Oulu! 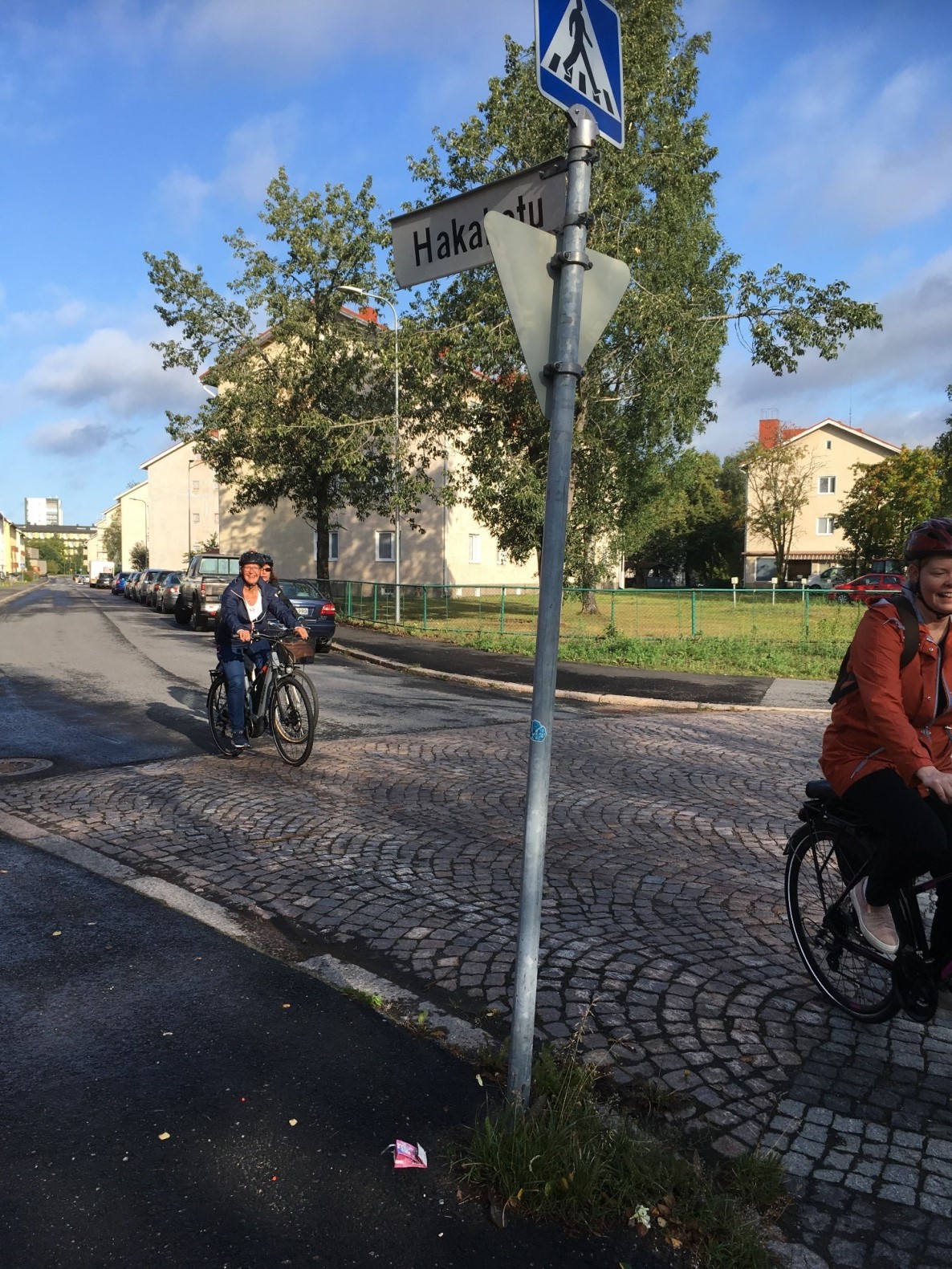