In mySMARTLife, a first/last mile robot bus is being piloted in Helsinki for two years on open streets and other roads as part of Helsinki RobobusLine project. The intervention consists of two test periods of approximately six months, mainly taking place in the warmer season of the year. The intervention aims at testing the potential of robot bus services as part of a sustainable public transit system, i.e. how robot buses would fit to the current transport system and work as part of the public transport.

The first pilot period was implemented in 2018 in the Kivikko district, located in the East of Helsinki. A Navya Autonom Shuttle robot bus was driving along an approximately 2 km long predetermined route at a max. speed of 18 km/h working as a first/last mile mobility solution in the area. The bus was operated by Metropolia University of Applied Sciences according to a fixed schedule from 9 am to 3 pm on weekdays and was integrated into the public transport authority Helsinki Region Transport’s (HSL) Journey Planner with line number 94R. During the test period in Kivikko from 14th May to 14th November, 1564 departures, 516 operational hours and 96 operational days were realised.

The route in Kivikko proved to be challenging for the present technology. The demands for ideal route characteristics were not met and especially the speed difference between the bus and other traffic caused problems. Among other things, the construction site along the route, heavy rain and cold weather towards the end of the operating period caused disruptions in the operation. However, the intervention attracted a lot of national and international attention, and the passengers on-board were always happy and excited about the technology. The test ride in the robot bus was free and open for everyone and in total, 1296 passengers took the robot bus ride during the pilot.

During the first season of operation in 2018, valuable information was gained with respect to the suitability of the robot bus as part of the transport system and especially public transport. Lessons were drawn as to what should be taken into consideration in future trials and in the integration of robot buses to the public transport system. As a conclusion, people would be interested to ride in such a vehicle as part of their everyday mobility as long as the reliability of the service is improved and the route as well as schedules meet one’s demands. In the future, automated public transport could provide cost-effective on-demand services that would be better suited to the needs of the user and attract private car users, increasing the modal share of public transport. The bus has also functioned as an innovation test bed for Finnish companies supporting the creation of new business models in automated transport.

The second and final test period of the robot bus pilot in 2019 was implemented in the Kalasatama area in Helsinki. The route setup began on 8th May as a cooperation between Metropolia and the bus manufacturer Navya by capturing high precision spatial data around the route with a Mobile Mapping System (MMS) installed on the roof of a car. Hereafter, the setup continued by programming the route and finally, the operation of the bus started on 21st May. The acceptance of the robot bus by the public is very high and as the route is located near the city center, it has raised lot of attention among passengers. For example elderly people living in the area have pointed out that daily shopping trips to the nearby grocery store have been facilitated thanks to the robot bus.

The robot bus is operated on weekdays from 9AM to 3PM and was integrated to the HSL’s Journey Planner with line number 26R. The test period is planned to last until the end of November 2019. The pilot will study especially what kind of results will be obtained compared to the first pilot period in 2018. The route and schedule of the ride can be seen at https://www.helsinkirobobusline.fi/in-english/. 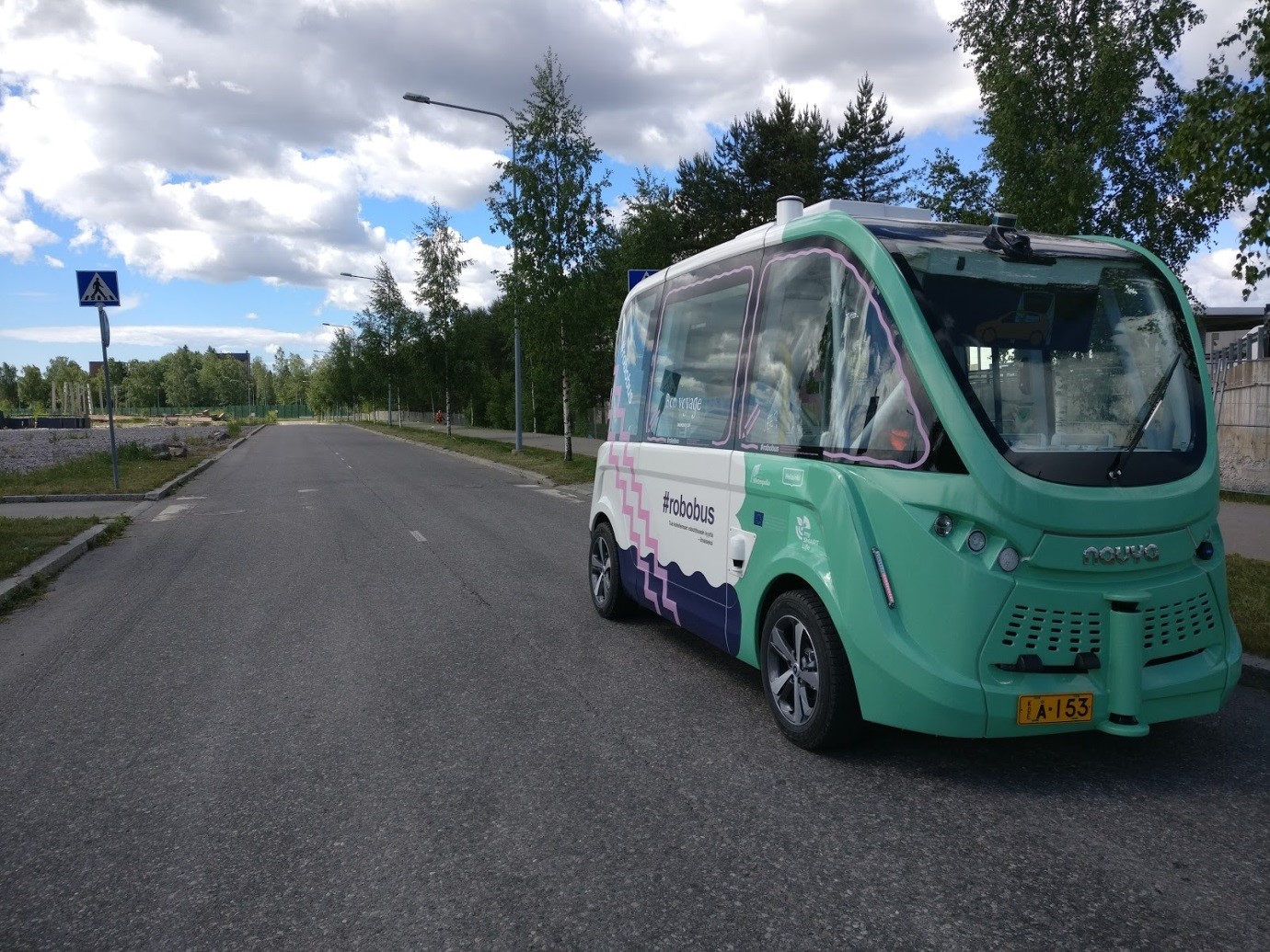 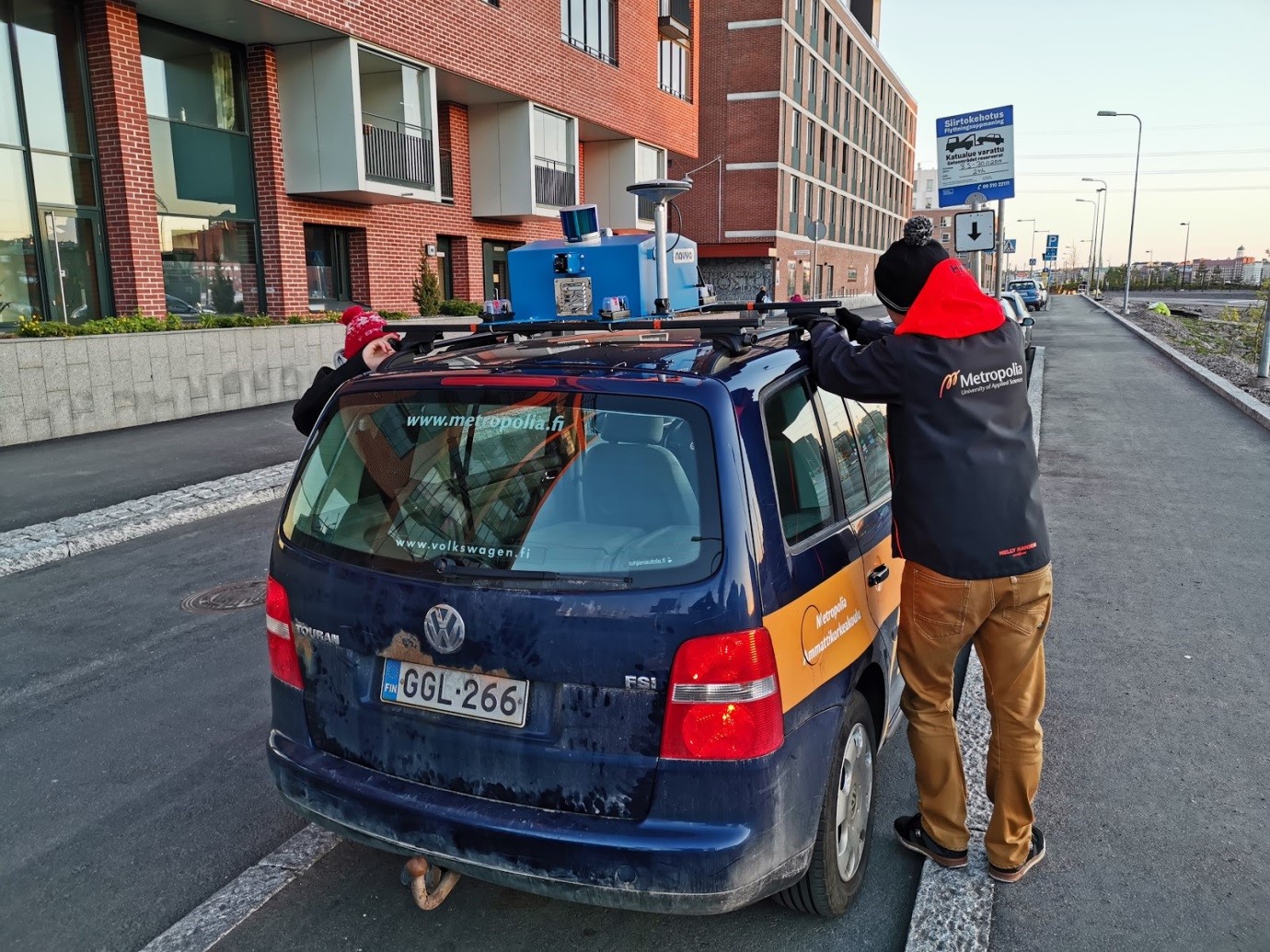